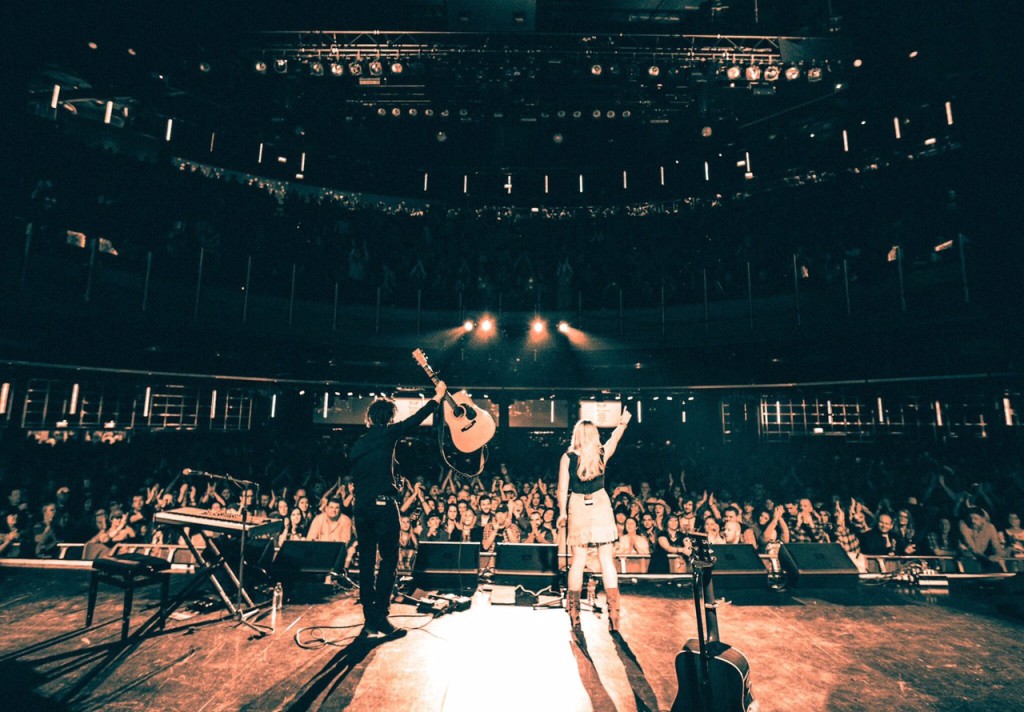 UK Country Duo The Shires, formed in Mid-2013 after meeting on facebook.  Formed by Ben Earle who had previously been signed to Island Records as a solo art, and Crissie Rhodes a country lover who until 2013 had spent her career singing in clubs and pubs throughout the UK.

When they came together the magic started! Union started working with them a couple of months after they formed, already with an impressive backlog of Earl penned songs.

Signed to Decca in the UK Feb 2014, Universal have re-launched their Decca Nashville label and The Shires are the first act of this new era for the label.

Their debut single ‘Nashville Grey Skies’ released May 2014 was immediately A listed by Radio 2. This was followed by 2 sold out tours in 2014. They recorded their debut album in Nashville in May 2014.

The album ‘Brave’ was released in the UK in March 2015, they made UK chart history, by becoming the first ever UK country act to chart Top 10.

2015 saw a fourth sold out tour of the UK headlining The Shepherds Bush Empire. Check out the bands website for tour dates and heavy festival touring activity of the Summer of 2016.

They made history becoming  the first ever UK act to play the legendary Grand Ole Orpy in Nashville.

Their debut album ‘Brave’ went Gold in the UK in December 2015, making them one of only 4 UK debut acts to break gold that year.

Their 2nd album ‘My Universe’ was releases in Oct 2017 and is the fastest selling County album in UK chart history. It went gold in March 2017, giving the band 2  gold albums in 12 months.

They are the subject of a BBC TV documentary that charts their rise.

Their 3rd album ‘Accidentally On Purpose’ charted Top 3 in the UK main album chart (No 1 in Country Chart) in May 2018. The have just finished a huge UK tour and that included at SOLD OUT headline show at the Royal Albert Hall, London.